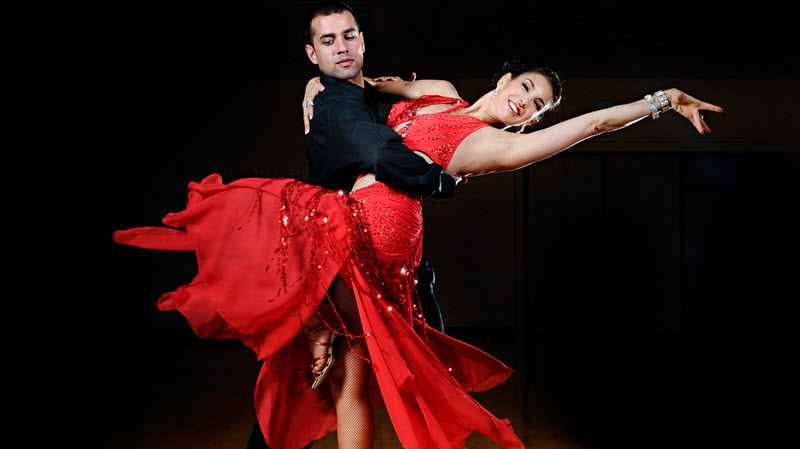 Cha-cha-cha is a dance that developed in Cuba in the 1950s.

Cha-cha-cha features the typical Latin dance hip movement, which can be achieved through the alternate bending and straightening action of the knees. In competitive cha-cha-cha dancing, however, the weighted leg is almost always kept straight, and only the free leg bends. This makes the hips settle in the direction of the weighted leg. The free leg will straighten just before receiving weight again, and will stay straight as long as it is weighted.

Traditionalists dance cha-cha-cha to Cuban cha-cha-cha music. In ballroom competions, it is common to break with tradition and dance to Latin pop or Latin rock music.

Why is it called cha-cha-cha?

Because that´s the sound of the cha-cha-cha dancers´ feet when they dance two consecutive quick steps.

The basic footwork pattern of cha-cha-cha links it to several Afro-Cuban dances found within to the syncretic religion Santería. These dances were familiar to many Cubans in the 1950s when cha-cha-cha developed on the island, and people within the Afro-Cuban community were especially likely to know them.

Cha-cha-cha is one of the five dances that comprise the Latin American program in international ballroom competitions.

A notable characteristic of the modern ballroom cha-cha-cha is the scarcity of rise and fall, and how the steps tend to be kept compact.

The music of the Cuban composer and violinist Enrique Jorrin was very important for the development of this dance in the early 1950s, and he, in turn, borrowed the characteristic rhythm from the danzón-mambo when he created his cha-cha-cha music. As mentioned above, there are also ties between cha-cha-cha steps and Cuban Santería dances.

Enrique Jorrín worked in Havan dance halls as a part of the charanga group Orquestra América, which played danzon-mambo, danzonete and danzón music. Jorrín noticed that many dancers found the syncopated rhythms of the danzón-mambo difficult to handle, so he started creating danzón-mambo inspired songs with less syncopation, where the melody was marked strongly on the first downbeat.

It was dancers at Havana´s Silver Star Club that improvised a triple step when dancing to Jorrín´s new music. Their footwork produced the characteristic cha-cha-cha sound, and the new music and associated dance style became known locally as cha-cha-cha. 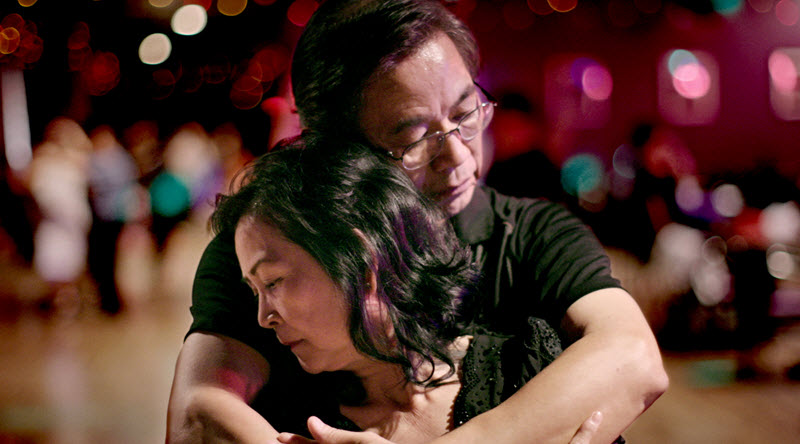 A step sideways to the left begins the next repetition