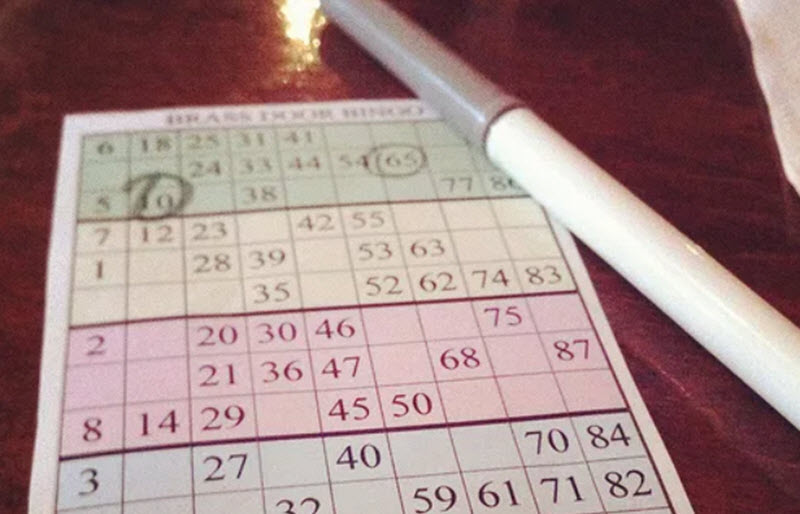 British bingo is a type of 90-ball bingo played with a 9 x 3 bingo ticket. It is the dominating form of bingo in the United Kingdom, and it is also very popular in several other regions that used to be a part of the British Empire. In India, it is known by the name Tambola.

British bingo is played both offline and online, and the advent of online bingo has helped popularize British Bingo in parts of the world where offline bingo halls only offer United States-style 75-ball bingo played with a 5 x 5 bingo ticket.

A typical bingo ticket för British bingo consists of 27 spaces, arranged like this:

As you can see, there are three rows, with nine spaces in each row, forming a 3 x 9 grid.

Only some of the spaces contain numbers; the others are left blank. In each row, there will be five numbers and four blank spaces.

In the United Kingdom, players usually purchase a strip of six bingo tickets. Tickets are created in strips of six since this allows every number (1-90) to appear. When holding such a strip, you know that you will mark off one number each time a number is called.

Each time a number is announced, you look for it on your ticket or tickets and mark it if you find it.

Exactly what you need to win something vary and it is a of course a good idea to check this before you start playing.

These are standard winning combinations for British Bingo: