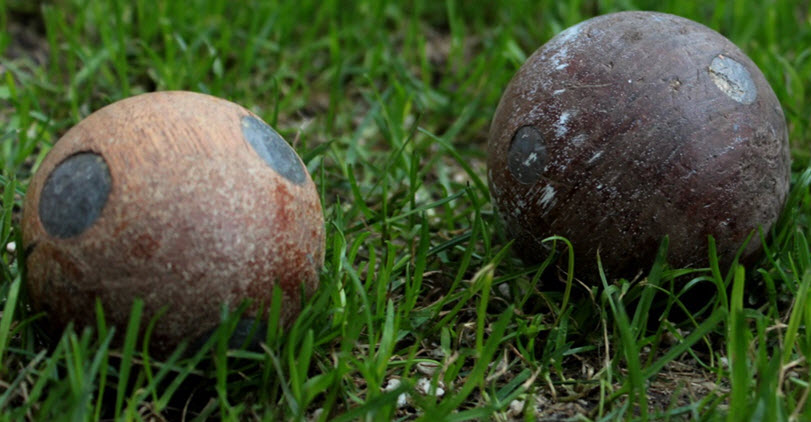 Klootschieten is a Frisian sport associated with the Netherlands and the part of Germany known as Ostfriesland.

Each player throws a ball (called kloot) as far as possible. A skilled klootschieten player will utilize a rather complex throwing style that requires both power and speed. The current record is held by Stefan Albarus, who manged to throw his ball 106.20 meters.

Casual games of klottschieten typically involves two teams playing against each other. Zetten klootschieten, which is a more formal version of the game, is played as an individual endevour where two persons challenge each other.

More formal games are organized by the Nederlandse Klottschietbond, an umbrella organization comprised of over 40,000 players of klootschieten and the related game boßeln. The are also organizations persent in North Rhine-Westphalia and Schleswig-Holstein in Germany, as well as one in Ireland.

European Championships have been held since 1969. The main participants are the Netherlands, Germany and Ireland.

The three styles of klootschieten

There are three styles of klootschieten: veld (field), straat (street) and zetten (standing).

When you play veld klootschieten, your aim is to reach a particular patch of grass or sand in as few throws as possible. In this sense, it is a bit similar to golf. Also, the veld klootschieten course typically includes obstacles, such as curves and height differences. Therefore, strenght is not the only factor necessary to prevail.

Veld klootschieten is played between individuals or between teams.

The kloot (ball) is round. It is made from wood or a synthetic material, and lead is added to make it heavier. The diamater is usually between 7 cm and 8 cm, but it is up the participants to decide what is permitted, as long as the diameter is at least 5 cm.

Stratt klootschieten is a version of klootschieten played in the street, in a country lane, or similar. The goal is still to get your kloot to a particular area using as few throws as possible, but the tactics differ since the course is different. There might for instance bee ditches and gutters that the players need to take into account. If there are uphill stretches along the course, a player could deliberately aim for “obstacles” such as a spot of tall grass to prevent the ball from rolling back downhill.

This is a more formal version of klootschieten. The goal is to make the ball travel as far as possible in the air. In this respect, the game is similar to hammer throwing.

You throw your ball, and the distance between you and the point where it hits the ground is measured. 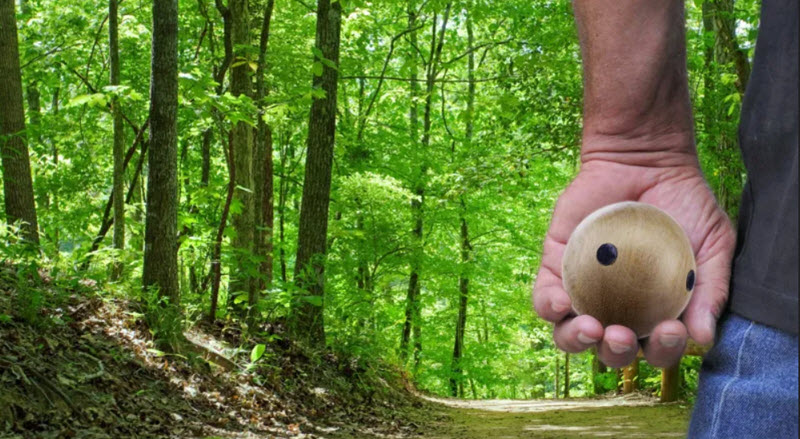 A long time ago, Frisian fighters were feared for their ability to throw harmful objects at their opponents and even damaging ships with their missiles. It is possible that klootschieten developed out of this tradition.

As early as 1659, Kloot werpen is mentioned in a text. It was the Dutch reformer Jacobus van Oudenhoven who included the game in his list of things that good Christians should not do on a Sunday.

Today, klootschieten might seem like a harmless passtime, but if we look at history, it had strong associations with rowdyness and it has even been banned by the authorities. Klootschieten competitions often involved both heavy alcohol consumption and gambling for money and other valuables.

Some anti-klootscheiten voices even blamed klootschieten for causing pneumonia deaths, when it was practised outdoors in the winter with participants wearing light sportswear.

A competitive leage for klootschieten

The first competition league for klootschieten was formed on May 25, 1902, by klootschieten groups in Oldenburg och East Frisia. A driving force was Hinrich Dunkhase (1857-1905).