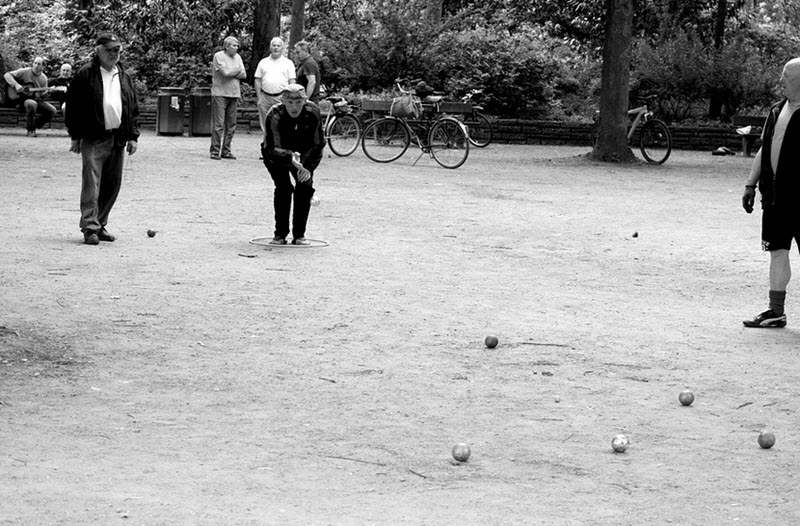 Boules is a group of similar games where the objective is to throw or roll heavy balles as close as possible to a small target ball. The heavy balls are called boules and while the target ball is named jack.

Boules-type games can broadly be divided into two groups:

Bocce – one of the most popular versions of boules

One example of a very popular boules-type game is bocce, which is an Italian boules game with ancient roots. It is rather similiar to the French game pétanque and the British bowls. Italian immigrants have spread the game to several parts of Europe, and also to other regions around the world, including Australian and the Americas.

Object of the game bocce

The object of the game is for your team to get as many of its four balls as possible closer to the target ball than the opposing teams four balls.

Decide in advance how many points a team needs to accumulate to be crowned winner of the session. The standards vary by region; in som places a session only lasts until a team has reached 7 points. In other regions, it is as much as 13 points.

Bocce is traditionally played on soil courts, but playing on asphalt became common in the 20th century.

Casual bocce games can take place on almost any reasonably flat area, as long as it is big enough. Just make sure you aggree beforehand on how large the court is, and the exact start and end of the special area in which the small ball must be at the start of the game.

Traditionally, the balls were made from wood. Today, metal balls and plastic balls are also available in the trade.

The balls are spherical and have no inbuilt bias.

Each team has four balls to bowl (throw).

The small ball (the target ball) is called boccino or pallino in Italian, depending on which Italian dialect you speak.

A game can be conducted either between just two players, or between two teams. Each team can have up to four members.

Am I allowed to throw the ball using underarm action? 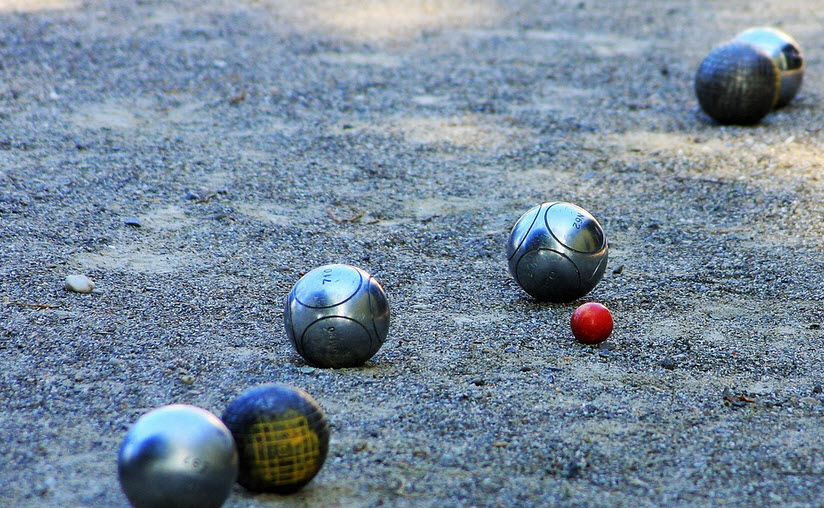 Playing a game of bocce

One of the teams is randomly chosen to throw the boccino.

The team that first attempted to place the boccino bowls first.

Once the first bowl has taken place, it is time for the other team to bowl.

From then on, the position of the balls in the court in relation to the boccino determines which team bowls next. It is always the team that does not have the ball closest to the boccino that makes the next bowl.

When one team has bowled all their four balls, the other side bowls their remaining balls.

It is permissable to throw your ball in a way that knocks away either the target ball or another ball. This can be used as a tactic to obtain a more favorable position for the team.