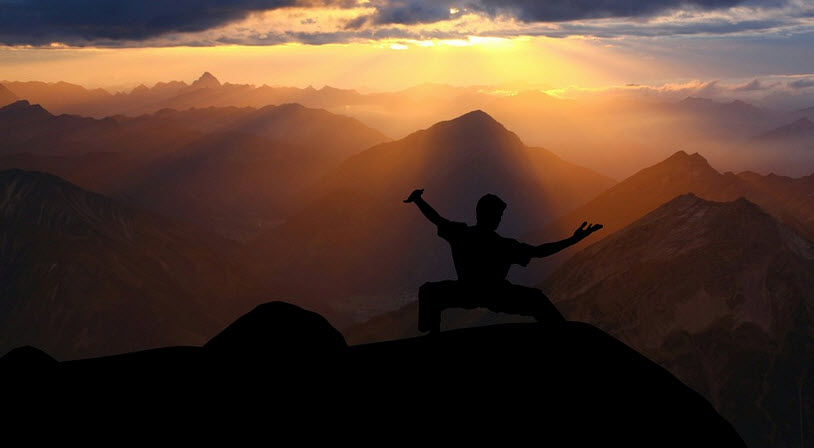 Tai chi originated as a Chinese martial art, but is today also widely practised for its health benefits and as a form of mindfulness training. Some forms of Tai chi are known for having slower movements compared to when utilized for self-defence, and since the late 20th century, Tai chi classes with an emphasis on health and well-being have become very popular in many parts of the world. From its native China, Tai chi spread worldwide and several training forms exist today, each with a different emphasis. Yet, most modern styles of Tai chi can trace their roots to at least one of the five traditional schools: Chen, Yang, Wu, Wu (Hao) and Sun.

In Europe, including the UK, Tai chi classes are offered at many senior centres. They are focused on health and wellbeing and not on teaching self-defence from physical attacks.

Tai chi have soft movements, slow speeds and getting started is not difficult. It can be adapted for individuals with varying physical fitness and abilities. It is considered suitable for people of all ages.

In 2011, a comprehensive overview of systematic reviews of Tai chi recommended tai chi to older people for its physical and psychological benefits. The study found no evidence of Tai chi being able to prevent or treat diabetes, cancer, arthritis or Parkinson’s disease. For more information: https://pubmed.ncbi.nlm.nih.gov/21586406/.

In 2017, a systemic review found that Tai chi could decrease the risk of falls in older people. For more information: https://pubmed.ncbi.nlm.nih.gov/28736853/.

Tai chi can be performed even by people suffering from heart failure, chronic obstructive pulmonary disease or osteoarthritis without worsening any issues concerning pain and breathing. For more information: https://pubmed.ncbi.nlm.nih.gov/26383108/

Seated Tai chi is a special type of Tai chi developed for persons who have trouble standing up. It is more similar to meditation than strenuous physical exercise and is commonly described as “meditation in movement” because of its gentle, flowing movements.

Seated Tai chi is chiefly based on the Yang short form. 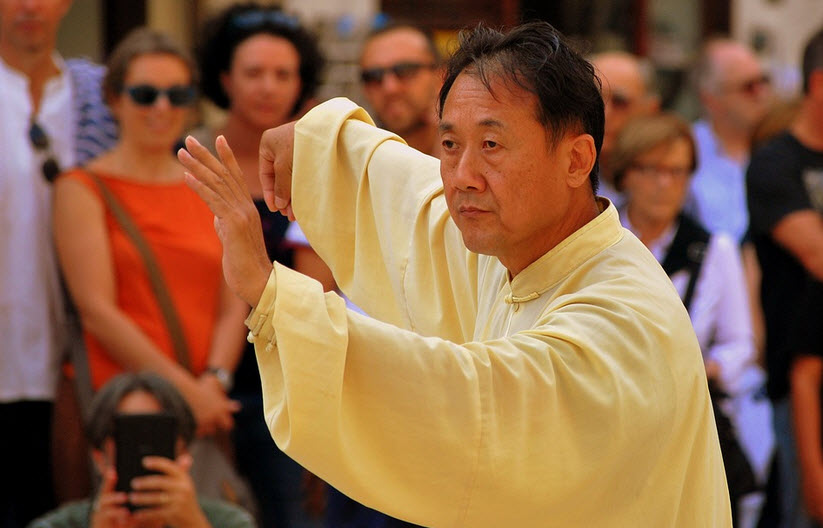 The Taichi tradition does not stipulate any dress code for Tai chi practitioners.

Modern-day casual practitioners usually wear loose and comfortable clothes that do not restrict their movements. Breathable natural fabrics is favoured.

Tai chi in the United Kingdom

In the early 1960s, Pytt Geddes from Norway started teaching Tai chi classes at The Place in London. She is believed to have been the first European to teach Tai chi in the United Kingdom. It is of course possible that Tai chi was taught within the Chinese immigrant community earlier than this, but there is no evidence of this. Pytt Geddes had learned Tai chi from Choy Hok Pang and his son Choy Kam Man in Hong Kong in the late 1950s, after first encountering Tai chi in Shanghai back in 1948.